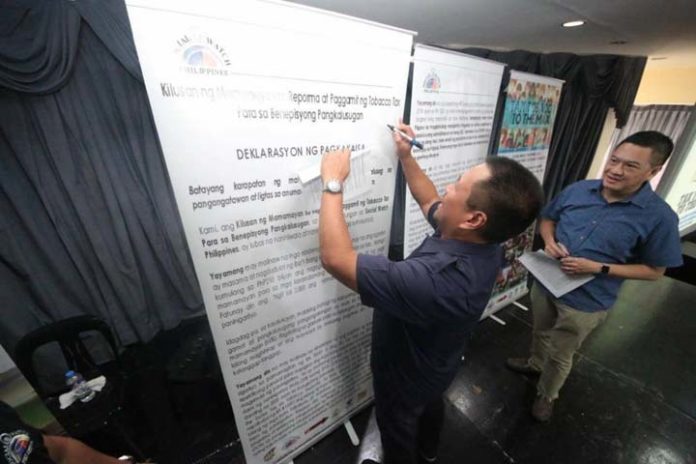 SOME 250 students of the Polytechnic University of the Philippines (PUP) and Social Watch Philippines (SWP) Youth recently turned over to the Senate the 200,000 signatures they gathered in support of the passage of the universal health care bill and the tobacco tax hike bill.

The chairman of the Health committee, Sen. Joseph Victor G. Ejercito, received the signatures during a Manila Youth Leader’s Assembly.

The number equates to the estimated annual number of Filipinos who will be prevented from starting to smoke if the tax on cigarettes per pack will be increased to at least 100 percent more than the current unitary rates.

“Despite the increase of tobacco products in 2012, our cigarettes are still the cheapest around the world. So instead of taxing oil products to raise additional revenues, why not tax the tobacco products? This way, we will lessen the smokers in our country.” Ejercito said.

Ejercito, author of Senate Bill 1605, which seeks to increase tobacco tax to P90 per pack, welcomes the overwhelming support of the youth to the tobacco tax increase. He is also the main sponsor of the Senate Bill 1896, or the universal health care bill, certified as urgent measure by President Duterte.

“It is important that we tax tobacco to the max!” Ejercito said, reiterating SWP’s campaign tagline “Tax Tobacco to the Max,” which supports the passage of the highest tobacco tax rate. Sen. Emmanuel D. Pacquiao and Ejercito filed tobacco tax increase bills in 2017, pending at the Senate Committee on Ways and Means chaired by Sen. Juan  Edgardo M. Angara.

The financing for the full implementation of the universal health care bill is estimated at P270 billion in the first year alone.

“Poor Filipinos look forward to the passage of universal  health care. Mr. Senator, we thank you for your hard work in ensuring that UHC will be funded,” Sara Salvador, national coordinator of a coalition of community organizations, Aktib, told him in response.

Meanwhile, as part of voters’ education program of the youth, PUP Youth and Social Watch Youth vowed to support Ejercito and former Rep. Erin R. Tañada III  (who was also guest speaker at the assembly) for their efforts for the passage of people-centered legislation such as the universal health care bill. 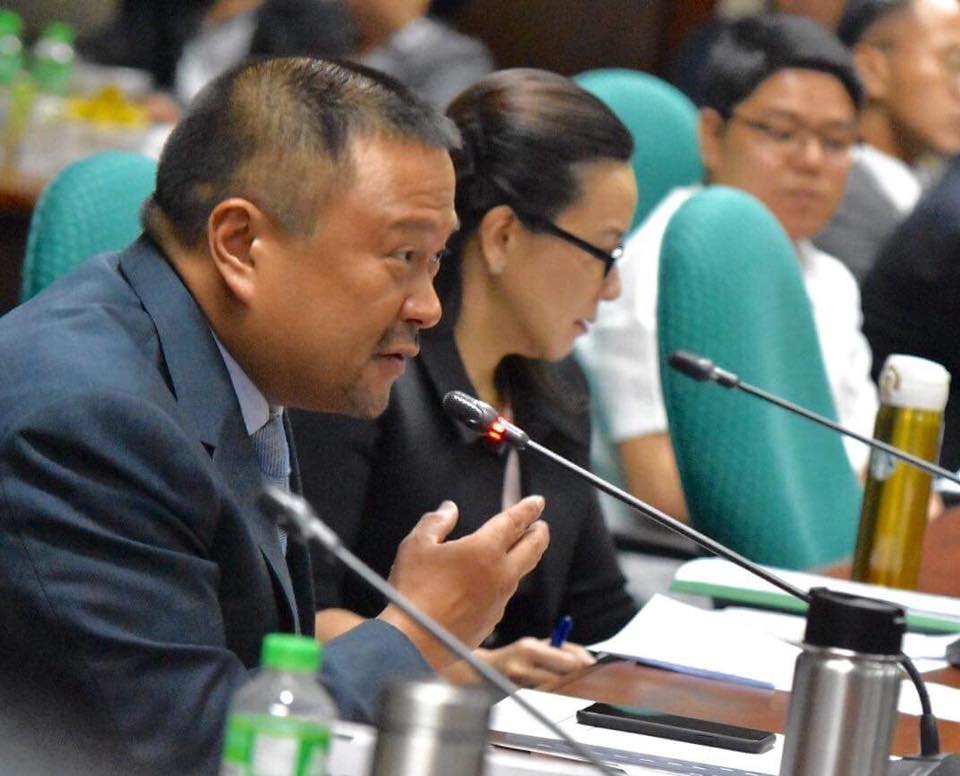