I regret to inform the public that in an Order dated 08 May 2014, the Regional Trial Court of Pampanga has prevented the appearance of Mr. Delfin Lee on the Senate Committee on Urban Planning, Housing and Resettlement’s hearing on the P7-Billion housing scam set on May 15, 2014.

The Committee respects and acknowledges the jurisdiction of the courts over cases pending before it, even as we are committed to the search for truth and justice for the victims of the Globe Asiatique housing scam.So instead of issuing a subpoena, we sent a letter-requestaddressed to Judge Amifaith Fider-Reyes of the Pampanga Regional Trial Court requesting the presence of Mr. Delfin Lee on the scheduled hearing.

Unfortunately, despite the Committee’s diligent efforts, the court denied our request.

Since Mr. Lee’s testimony is principal for the Senate investigation to continue, the Committee has therefore deemed it necessary to defer the hearing until further notice.

Rest assured, the Committee will continueits efforts to secure the presence of Mr. Lee in the next hearing.Pursuant to the principle of separation of powers, courts have no jurisdiction to restrain Congress from performing its constitutionally vested function to conduct investigations in aid of legislation. In fact, it has been ruled by the Supreme Court in Romero, et al. vs. Chavez, et al. (2009)that “on-going judicial proceedings do not preclude congressional hearings in aid of legislation”.

Finally, we will continue to be respectful of our courts of justice but I would like to assure the public that we remain committed to pursue the investigation so that justice will be served and meaningful reforms will be instituted to prevent the occurrence of such scams in the future. 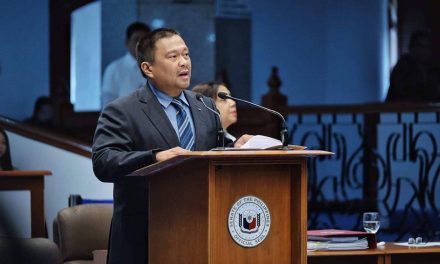