Senator JV Ejercito blasted the Land Transportation, Franchising and Regulatory Board’s (LTFRB) “no apprehension policy” as foolish, saying that all colorum trucks and buses have no right to be on the road.

He said LTFRB’s Memorandum Circulars 2014-009 and 2014-010, which permitted illegal trucks and provincial buses with pending applications with the agency to travel around major routes; and suspended the operations against out-of-line buses, were flimsy attempts to favor the interests of bus and trucking companies.

“No one in the right mind should allow colorum vehicles to ply major thoroughfares such as EDSA, C5 and Katipunan. LTFRB should be held liable for these new policies that exacerbated recent Metro Manila traffic, and for draining the patience of motorists and the economy as well,” Senator Ejercito said as former Chair of House Committee of Metro Manila Development, adding that the government’s annual loss due to traffic has reached P153-Billion.

He urged the LTFRB to focus on its regulatory functions and away from the interests of businesses. 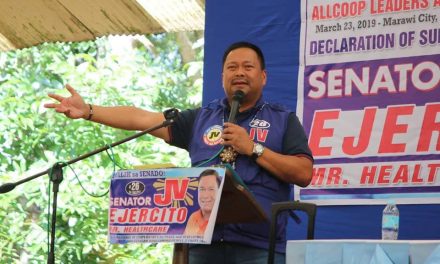