Manilastandardtoday.com: JV Ejercito: Family in a fix if Poe runs against Binay

SENATOR Joseph Victor Ejercito on Thursday said the Ejercito-Estrada family would find it hard to decide whom to support for President in 2016 should both Vice President Jejomar Binay and Senator Grace Poe decide to run for the highest office.

A recent Pulse Asia survey showed that Binay is the top candidate for President in the next elections followed by Poe.

But Ejercito said both were close to the Ejercito-Estrada family, so that the family would find it hard to decide whom to support in 2016 if both decided to run.

“The elections are still far away and right now it’s hard to decide,” Ejercito told a breakfast forum in the Senate.

“Of course we will be torn again. We have personal and political relationships that we would be considering.”

Ejercito also said that fellow Senators Poe and Francis Escudero would be a strong tandem in 2016.

“I would think that among the other presidentiables, even if she’s not yet declaring [her candidacy], her [Poe’s] rating is good. She’s a fresh face,” Ejercito said.

In a report over ABS-CBN, Poe said she was open to the possibility of running alongside her friend and colleague Escudero, but later explained that she had not yet made up her mind about running.

Ejercito said they would wait and see what would happen in the next elections because no one had declared their candidacies.

“But as of now, UNA’s standard bearer and acknowledged leader is Vice President Binay,” Ejercito aid.

Asked if Poe was a threat to Binay, Ejercito said she was the one the young people were looking for.

“Her rating is high because she is a fresh face, she is new, and those are a big factor. I think the people right now—especially the youth—are longing for new faces.”

But Ejercito said he was confident Binay would prevail in the 2016 presidential elections.

“I come from UNA [United Nationalist Alliance]. We are not belittling the Liberal Party or any other candidate, but as of now I am confident that if the elections were held tomorrow we will be winning it with VP Binay getting a very high trust rating,” Ejercito said.

But Ejercito said they were wary that some people would try to bring Binay and the opposition down. 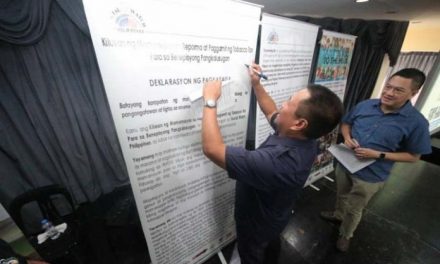 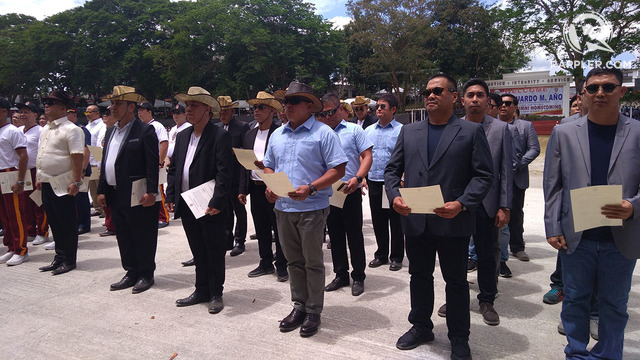