Ejercito invited the Secretaries of DOTC, DPWH, NEDA, DOF, DILG, the Chairman of MMDA, and Secretary Jose Rene Almendras who is currently the Transportation Czar, but all failed to show up in the hearing.

“I expect to see and talk with the heads of agencies we have invited so that we can directly address the issues. Umasa ako na dahil sa bigat ng problema na tatalakayin natin ngayon ay bibigyan ito ng atensiyon ng mga head of agencies. I want to hear directly from them, what their respective department is doing to address the issue. I am really disappointed they didn’t come today,” Ejercito said.

The chair hopes to focus on the worsening traffic situation and its economic impact which costs P-2.4 billion a day according to a recent study of the Japan International Cooperation Agency (JICA).

Ejercito also noted that the slow-paced implementation of infrastructure programs and solutions to the worsening traffic is causing unsustainable economic gains.

He continued, “With the rate that we are going, I don’t believe that we can expect a relief sooner. Five years ago when I was still in Congress, I was presented with the same Dream Plan in solving traffic issues. Five years later, we are still offered the same unrealized dream projects.”

Ejercito is expectant to see the head of agencies in the next hearing, which is set on September 14, 2015.### 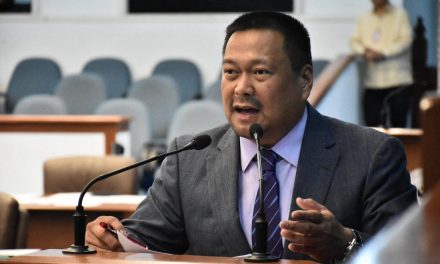 JV to PNoy: Scrap your own fund