Senator JV Ejercito is asking the Senate today to investigate the “laglag bala” scheme at the Ninoy Aquino International Airport (NAIA) through the filing of Senate Resolution No. 1644.

Ejercito said the “laglag bala” scheme continues to victimize Filipinos and foreigners alike for months now and is being used to extort money from unsuspecting passengers.

“There is an urgency to look into these incidents because this is becoming an international embarrassment for the country. Just for the months of January to November, the AvSec group apprehended 30 people for having bullets in their luggage. It is really worrisome that there is a 160% increase from last year’s numbers,” Ejercito explained.

“Our OFWs, who contribute millions to our economy, are the primary target of this syndicate. We need to prompt the airport officials to immediately act on this especially now that the Christmas season is coming and many balikbayan will travel to and from the country,” Ejercito said.

The lawmaker added, “It is necessary to determine the persons or syndicate responsible and how they conduct their operations for their Laglag Bala or Tanim Bala Scheme to find out possible loopholes in airport security policies, rules, regulations and laws.”### 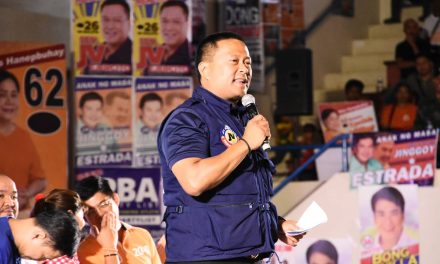