Senator JV Ejercito today lauded the Philippines’ hosting of the 2015 Asia-Pacific Economic Cooperation Summit as a ‘milestone’, particularly the well-managed culminating events in Manila which entertained global and business leaders from 21 member economies.

“As a member of APEC, we consider the effort to host such an event as a milestone for the Filipinos, as a nation. I commend President Benigno Aquino III for managing the event well with no glitch, especially on the security aspects,” Ejercito, as Senate Economic Affairs Committee Chairperson, said.

Ejercito is expectant that hosting the Asia-Pacific region’s most influential forum not only placed the Philippines on the global spotlight, but also became a direct and effective channel in gaining foreign direct investments through the bilateral meetings of President Aquino with different heads of state.

On the other hand, the senator also hoped that hosting such major event made the government fully grasp the poor state of the country’s infrastructure and transportation, citing the numerous road closures and monster traffic that citizens in Metro Manila endured during the APEC week.

“If we have to do it (hosting APEC) again, maybe we can consider other great places that have international airports such as Palawan, Cebu, Davao, Laoag, or Clark. Metro Manila and NAIA is too congested to handle such huge event,” he said.

Ejercito also stressed that the government should start focusing on moving people instead of cars. He said this could only be done by seriously investing on public infrastructure and transporatation, modernizing and rehabilitation of the railway system.

“Let us prepare well by investing more on our public infrastructure. This will provide international delegates to have a better and lasting impression of the Philippines. By doing so, we will further boost our mark in the international community that will attract more and bigger foreign direct investment,” he added. ### 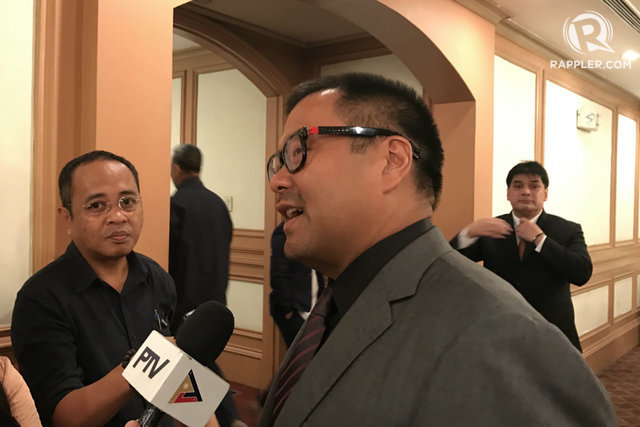