Senate President Franklin Drilon is pushing for the expansion of bilateral investment and trade relations between the Philippines and the Republic of Turkey.

Drilon, who visited Turkey upon the invitation of the Grand National Assembly of Turkey (GNAT), met with Speaker Cemil Çiçek and Deputy Prime Minister Bülent Arınç “to discuss ways of strengthening the diplomatic relations and partnerships between the two countries.”

“I am glad to have had the chance to promote the country to the government of Turkey. Fortunately, we have succeeded in convincing them that investment is ‘more fun in the Philippines,’” he said in a statement on Friday.

Drilon was confident that his visit to Turkey, along with Senator Joseph Victor “JV” Ejercito, chairman of the Senate committee on economic affairs, will translate into more investment opportunities for the country in the near future.

“There is a mutual understanding between the two countries for the need to improve their relationship particularly on areas of trade and tourism, where both nations are seen to equally benefit,” he said.

The Senate leader said they agreed on the importance of activating the Philippines-Turkey Joint Economic Commission (JEC) in order to continuously monitor, review, and promote the bilateral activities between the two countries. He then urged the Department of Trade and Industry to coordinate with its counterpart in Turkey to schedule immediately the inaugural meeting of the JEC.

Drilon cited the country’s booming tourism and leisure industries particularly its resorts and beaches, as the area in which Turkish people have expressed great interest, while Turkey, he said, is promoting its religious, cultural, and historical sites..

“We are confident that in the next few years, we will see an enhanced trade activity between the two countries. The Philippines has a lot to offer to Turkey particularly in terms of educated and skilled workforce,” he said.

He said the $250-million investment from Turkey could be increased further.

“Turkey is a significant partner if we want to increase our foreign direct investments and expand job opportunities for our countrymen,” he said.

Drilon said trade relations between the two countries can also be promoted with the recent establishment of direct flights from and to Istanbul thrice a week.IDL 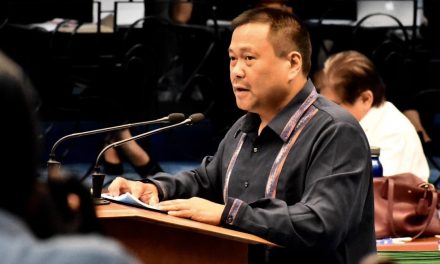 He looks like a younger version of Gunn. ... See MoreSee Less